The Association for Student Judicial Affairs traces its history from 1986 when Don Gehring, of the University Louisville, began to discuss with others his idea for a professional association to serve the needs of campus judicial officers. In January, 1987 Don convened a small group of interested persons who were attending the Stetson University Law and Higher Education Conference. The group met in the Coral Room of the Holiday Inn-Surfside in Clearwater Beach, Florida. Those attending were overwhelmingly in favor of creating an organization and directed Don and a small steering committee to develop a constitution and to begin to build the framework for a professional association. Ray Goldstone of UCLA contributed seed money to assist with the initial organizing efforts. Throughout 1987, members of steering committee continued to meet. They gathered at the University Louisville and at conferences where they were in attendance. This group created the framework for the association, drafted a proposed constitution, created a dues structure, and nominated the first slate of officers.

In 1988, Bob Bickel of Stetson University included the first organizational meeting of the Association in the program at the Stetson University Law and Higher Education Conference in January at Clearwater Beach, Florida. The group was assigned a space twice the size of the Coral Room and it was packed. Don Gehring presided over the meeting and those in attendance approved the name of the organization as the Association for Student Judicial Affairs and an individual membership dues of $20. Officers approved at that meeting included Don Gehring, President; Linda Timm, Secretary; Bill Kibler, Treasurer; Domenica Cippolone, David Bergen and Sue Hufnagle, Directors. Charter memberships were accepted during the remainder of 1988. Felice Dublon was asked to coordinate efforts to design a logo for the association. The Board of Directors selected the current logo in a meeting held at the NASPA Conference in St. Louis in March 1988. Jerry Crotty and Daisy Waryold edited the first newsletter in 1988.

In 1989, ASJA held its first annual conference at the Holiday Inn-Surfside in Clearwater Beach, Florida on January 14-15. Bill Bracewell served as the program chair for the conference. 161 people attended that first conference. A committee structure was begun and the Association was reality. Also in 1989, the constitution was revised by a committee headed by Sue Hufnagle and Bill Kibler coordinated the process for obtaining tax exempt status for ASJA. The first constitutional elections were held during the Fall of 1989.

In June 1993, ASJA held its first summer Campus Judicial Affairs Training Institute at Bowling Green State University. Don Gehring chaired the institute which was attended by 130 people. Also in 1993, ASJA approved the Statement of Ethical Principles and Standards of Conduct, which were developed by a committee chaired by Bill Kibler. After holding a highly successful second annual training institute at Bowling Green State University in July 1994, the ASJA Board of Directors approved a resolution formally naming the institute the Donald D. Gehring Campus Judicial Affairs Training Institute.

At the February, 1996 ASJA conference, then president Dr. Diane Waryold initiated a project with the goal of producing a document reviewing the past, present and future of student judicial affairs. It was to be the first such document from the Association with publication of the document to coincide with the 10th anniversary of the Association. The completed document, The State of Student Judicial Affairs: Current Forces and Future Challenges, was presented to the membership and served as the cornerstone of the 1998 Conference. The authors of the document were the past presidents of the Association.

In 1995 Institute began moving around the country to better serve members throughout the country. The 1995 & 1996 Institutes were held at Western Washington University in Bellengham. In 1997 Institute participants were introduced to the competency-based model that. Institute was held that year & in 1998 at St. Mary’s College in Indiana. The end of the decade saw Roger Williams University in Bristol, Rhode Island hosting the 1999 & 200 institutes.

In 2000 the annual conference exceeded the dreams of the original members when attendance reached nearly 600 participants.

Today, ASJA has a membership of 1200 members in the United States and Canada, representing over 750 institutions of higher education. The current directory lists the active members in ASJA as of August 2000. 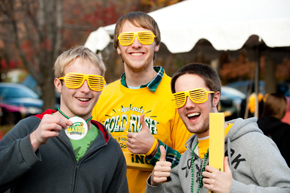 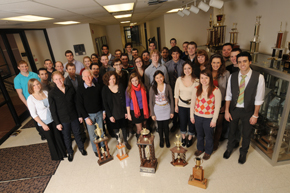 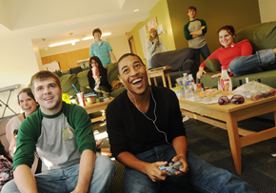 The Higher Education Program (HEP) prepares new and mid-level professionals for careers in higher education at community colleges and 4-year institutions, as well as in associations, government agencies, and industries whose activities relate to or impact higher education.